At the 18th HND Conference in Milwaukee, WI, HND honored five leaders who are changing the world and advancing the Hmong community with an HND IMPACT Award. 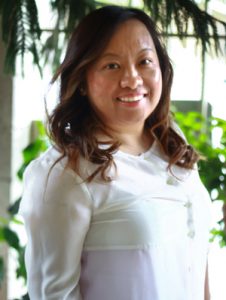 Cha Vang is the co-founder and Executive Director of Hmong Innovating Politics (HIP), whose mission is to strengthen the power of disenfranchised communities through innovative civic engagement and strategic grassroots mobilization. Cha was born in the refugee camps of Thailand and raised in south Sacramento. Cha is one of 14 children in her family. Prior to being the Executive Director of HIP, Cha worked tirelessly as a community organizer to improve outcomes for children and families in the Sacramento region. In 2012, Cha co-founded HIP to address the lack of representation from her community when decisions that impacted her community were being made without them.

Cha has done extensive work in empowering and cultivating leaders amongst her peers and the youth in Sacramento. With over a decade of professional experience mentoring youth, Cha’s passion and drive in community mobilization and civic engagement have created space and provided leadership opportunities for many youth and professionals.

After years of working in the community, Cha’s vision is very clear; we must hold ourselves to higher standards to find resources and opportunities for the most vulnerable so that they can participate, engage, and advance their lives. No matter how controversial, stressful or challenging a situation may be, Cha represents herself and her community with extreme composure, confidence and clarity and stands up for the rights of others against all odds. 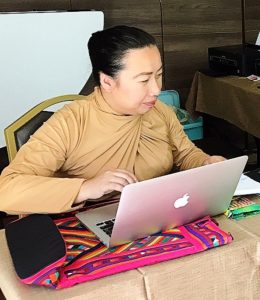 Chai Moua works to address domestic violence in the Hmong community and to help families build on the resilience of family and culture to combat gender-based violence. Over her 10 years with CAP Services, she has impacted the local Hmong community in many positive ways. She has organized groups for young Hmong women and separate groups for young Hmong men to have safe spaces to discuss issues of healthy relationships, gender roles and more. Chai led this work knowing that true change has to happen across age groups and genders. She also helped organize the first ever “A Call for Hmong Men” event to discuss how men can be change agents to end gender-based violence.

In addition, Chai was one of the innovators in Wisconsin that helped identify the issue of abusive international marriages in 2007. At that time, advocates didn’t even have a name for the phenomenon. Chai has helped organize all gatherings for the WI Abusive International Marriage group since 2007, helped organize the first National Abusive International Marriage Summit in Minnesota in 2014, and organized with Hmong women from around the world to host the first Global Hmong Women’s Summit in Chiang Mai, Thailand in December 2016. As an advocate, Chai always ensures that she is bringing the voices of domestic violence survivors to the forefront when organizing and mobilizing in the community.

Building Bridges through Storytelling and Literacy 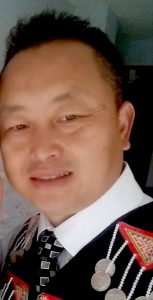 Chaleng Lee is the Asian Outreach Coordinator for Hennepin County Libraries. He has a passion for preserving Hmong culture, language and stories and reaching out to elders, children, and the broader community. Chaleng worked closely with a Hmong Elders Center to archive the experiences of the Hmong people for the “Unfolding the Storycloth” project. Through deep engagement with this group, Chaleng was able to archive rich stories about survival, love, war and transformations. Upon completion, Chaleng created a platform for the elders to share their experiences. With a packed audience of over 100 people, a simple room was transformed into a time capsule: intimate stories were told of hopes, dreams, and deep despair during wartime in Laos. What was also discussed in this space was the legitimacy of these experiences and their importance in giving voice to elders that are often dismissed. Several elders have since passed, but their stories will live on because of his efforts.

Chaleng is also passionate about literacy and learning. Through initial work with Hmong childcare centers on literacy best practices, Lee noticed an engagement gap amongst child care centers, educational institutions and parents. Parents did not know how to reach out to teachers and educators also struggled in how to engage parents. In collaboration with non-profits, public schools, community leaders and childcare providers, Lee organized a forum to increase communication and engagement across these groups, empowering Hmong parents to take lead in their children’s education. Since then, Lee continues to use non-traditional methods to engage the Hmong community in literacy efforts, storytelling, and the preservation of Hmong language, stories and culture.

Sowing Seeds of Education for the Future 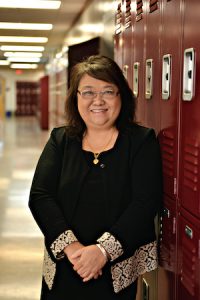 Choua Yang is a promoter of Hmong culture, language and heritage. For over 10 years she served in Minneapolis Public Schools and promoted Hmong culture in the schools and in professional capacities as a teacher, administrator, and educator at all levels. As a first-generation refugee who struggled to overcome the difficulties of resettling in the United States, Choua understood that every child deserves an opportunity to better their lives. Thus she sought out new ways to create these pathways for children. In 2008 Choua and her husband created Prairie Seeds Academy, a charter school focused on Hmong culture, language and heritage. The school started with 100 students and now houses approximately 750 students, supporting them and their families in a K-12 setting.

As a lifelong educator, Choua understands that students must learn to work in the context of a globalized world. For Hmong students to survive and prosper as global citizens, Choua knew she must develop a vision that encompasses aspects of living in a multicultural environment. Thus Prairie Seeds Academy is a welcoming and nurturing multicultural environment with a diversity of students including Hmong and beyond.

In 2009, Choua was on dialysis for several months and eventually had a kidney transplant. During this time she could not work, and doctors recommended she take disability leave. She took some time away from Prairie Seeds but eventually told the government and doctors that she would no longer accept disability as she wanted to go back to work and do what she loved!

A Light of Hope Within the Prison System 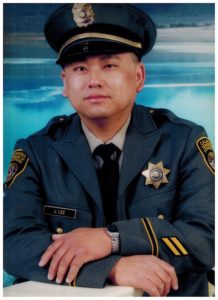 Jacky (Houa Cher) Lee is a retired correctional officer with 27 years of service on the job and 3 years military time. Jacky is believed to be one of the very first Hmong individuals to become a correctional officer in the state of California in 1989. When he joined the workforce, one of the most challenging and heartbreaking moments that Jacky often encountered was seeing many Hmong youth become imprisoned for gang violence or other misdemeanors. In Hmong culture, imprisoned young Hmong men often become stigmatized as unintelligent, having no future, or simply just a feared “menyuam laib”. However, instead of labeling the Hmong inmates, Jacky was motivated to help them turn their lives around. He collaborated with the correctional facility and participated in intervention programs to educate Hmong inmates and motivate them to change their lives. By taking this initiative, Jacky was able to formulate better relationships between Hmong inmates and law enforcement personnel.

Jacky also used his trilingual skills (Hmong, Lao, and English) to became a liaison for many Hmong and other Southeast Asian individuals in correctional facilities. Jacky took the initiative to become a recruiter and advocated to his administration the need to diversify the law enforcement field. He provided opportunities and mentorship for many Hmong youth and other ethnicities to join the workforce.

Hmong individuals who have been or who are imprisoned are a population in our community that is rarely talked about or addressed. Jacky believes that his presence in the prison system has made an impactful difference. Jacky’s hope for Hmong youth is to make sure they have sufficient job opportunities and are kept out of gangs. He continues to support Hmong youth and believes deeply in their potential to thrive regardless of the social condition in which they are born, live or work.